How Manuel Pardi's journey to the pristine environment of Antarctica and back celebrates sailing heritage while highlighting the potential of renewable energy.

Manuel Pardi returned to his home port of Buenos Aires in March this year, following a three-month 4,000-mile voyage in Pequod – a restored 28-foot steel-hulled sailboat – to the continent of Antarctica.

But while traversing over 6,400 kilometres of salt water is impressive,  what’s distinctive about Pardi is how he accomplished this sustainably; the Argentinian sailor embracing an all-electric auxiliary propulsion system that’s recharged by solar and wind energy.

This was Pequod‘s second expedition to Antarctica, with its first being in 1987 with the sailboat’s original builder and owner, Hernán Álvarez Forn. When Pardi started to plan his own voyage to the icy continent, he discovered the boat abandoned and in decay.

He befriended Forn, and together with Francisco Gigena, an old traditional boatbuilder, they all worked to rebuild the heritage vessel. 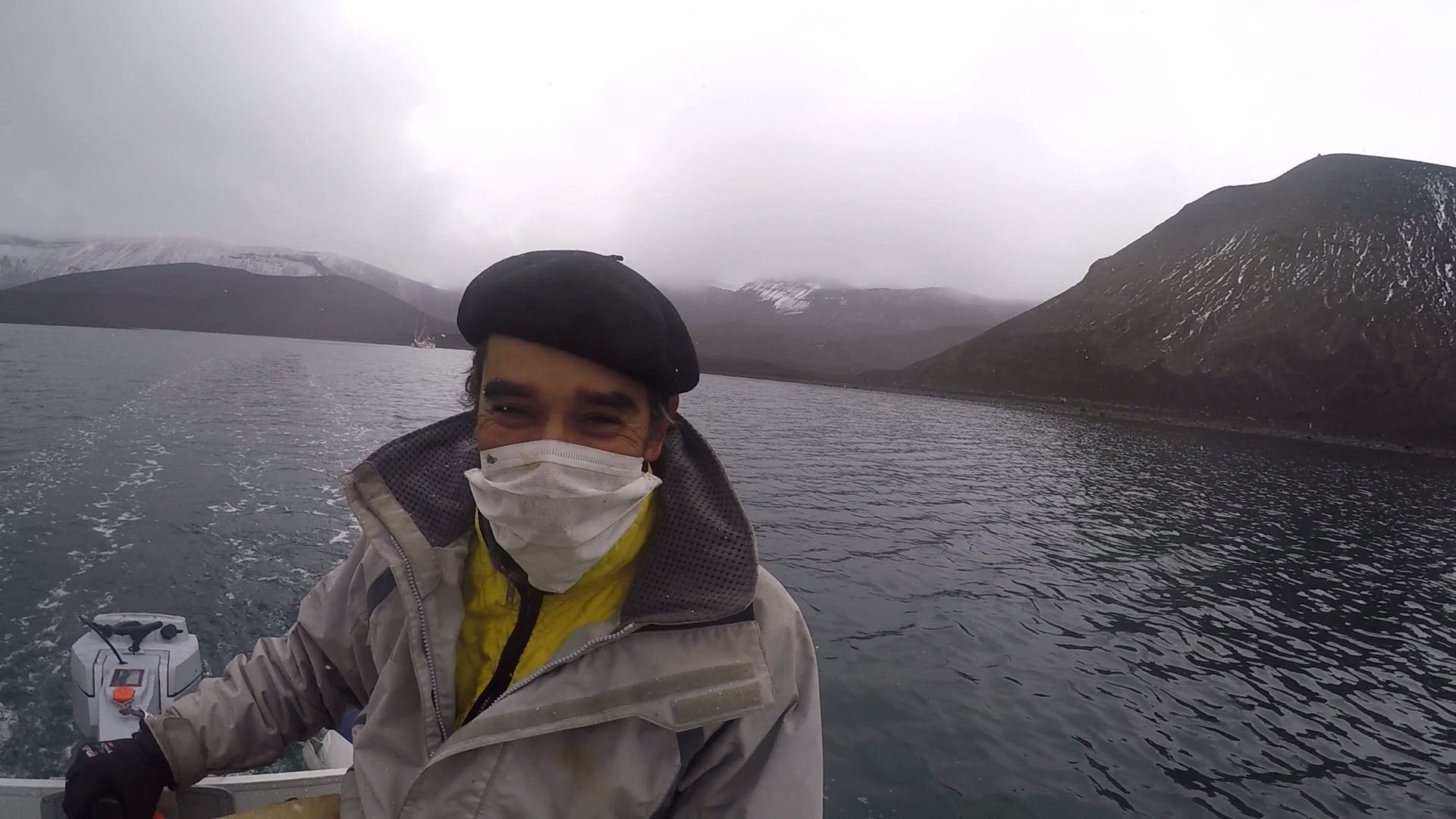 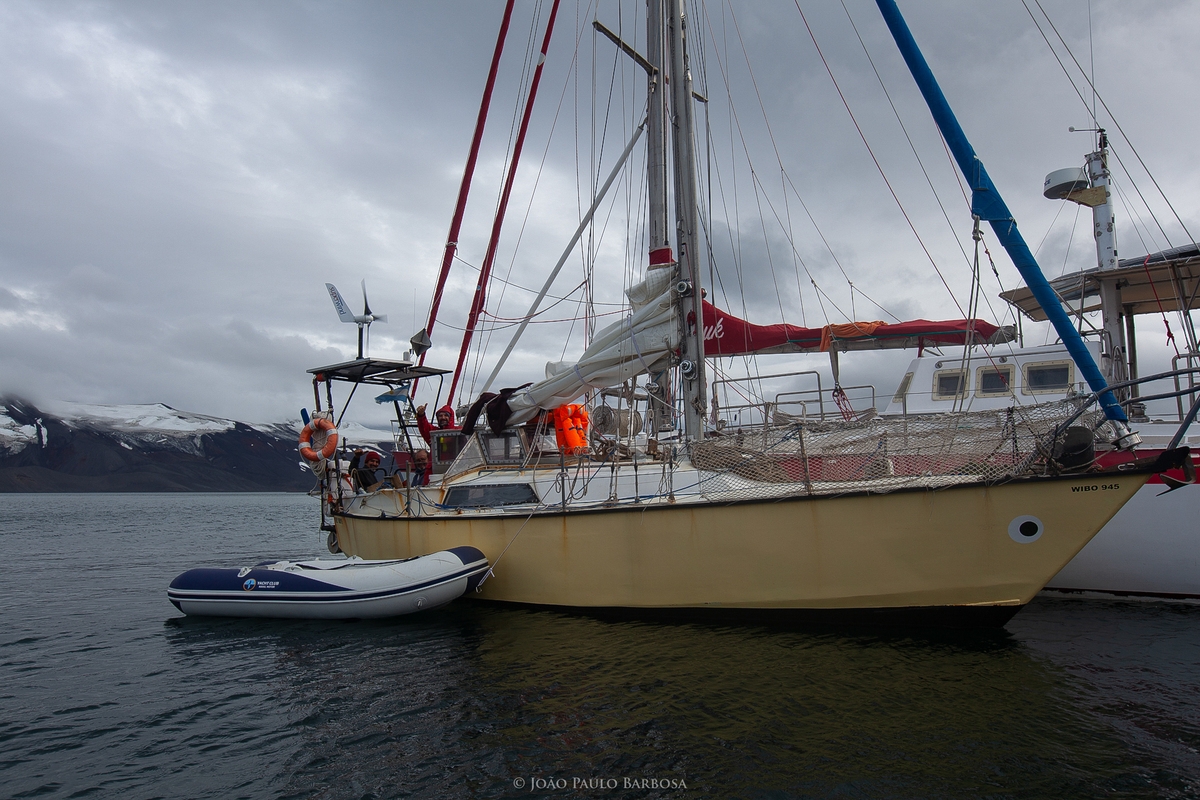 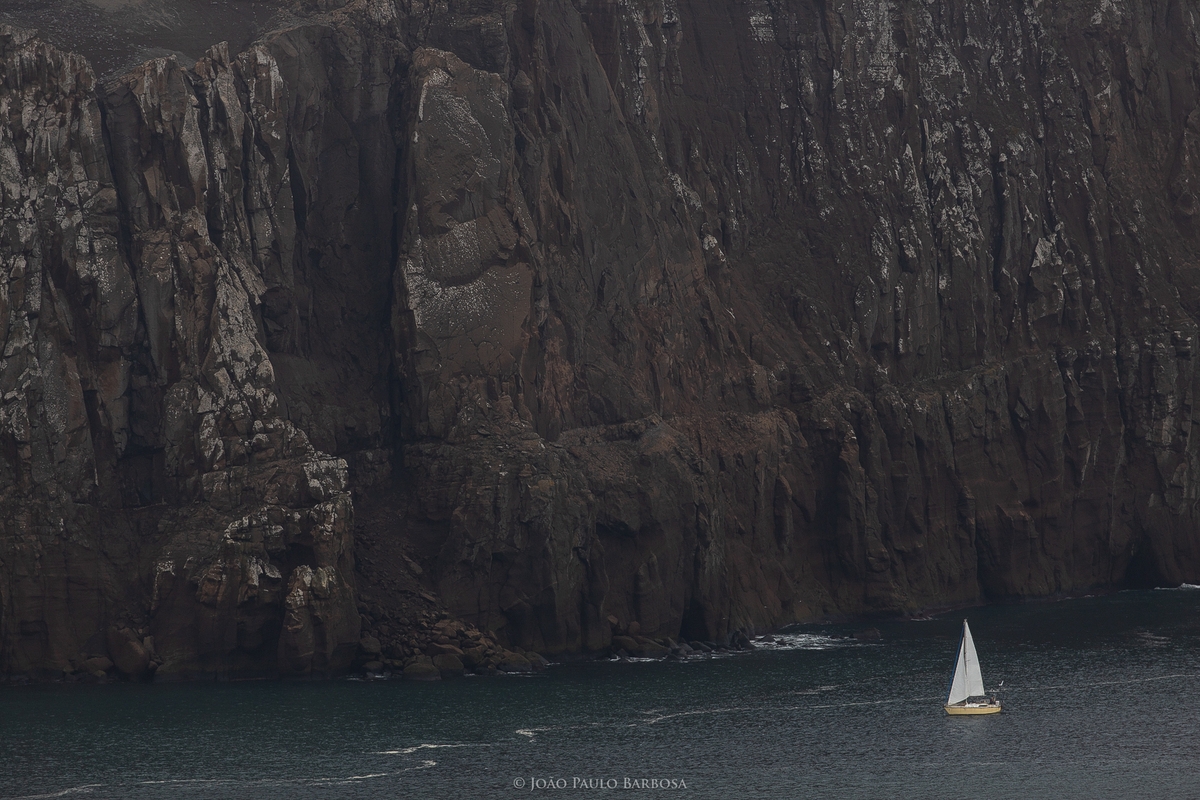 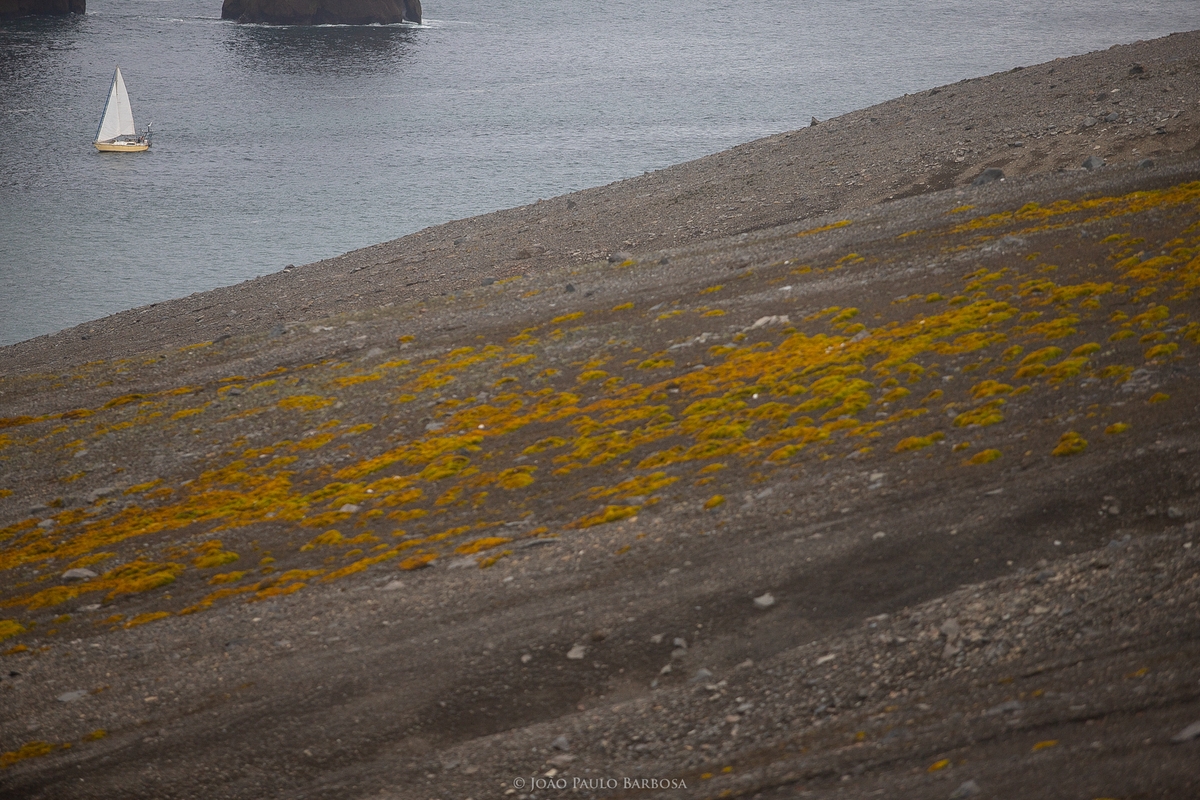 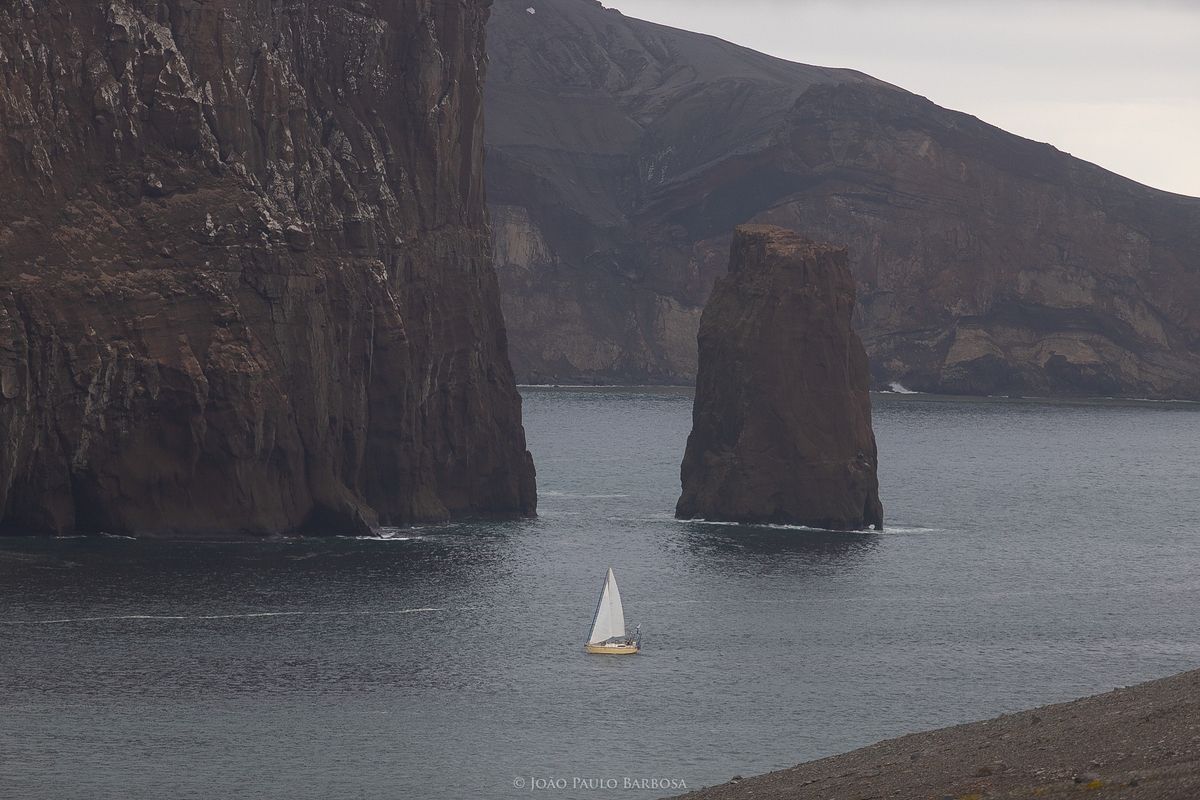 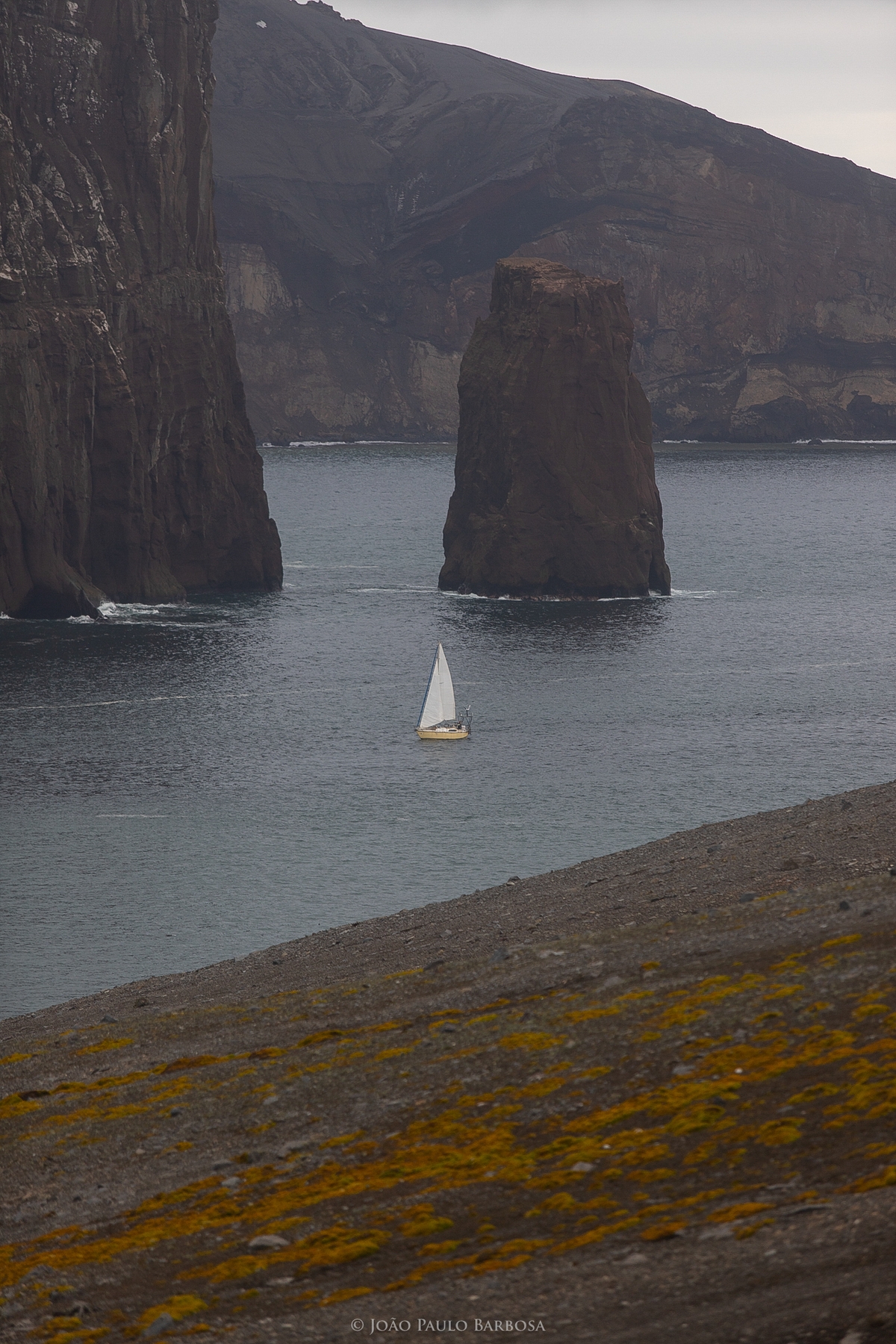 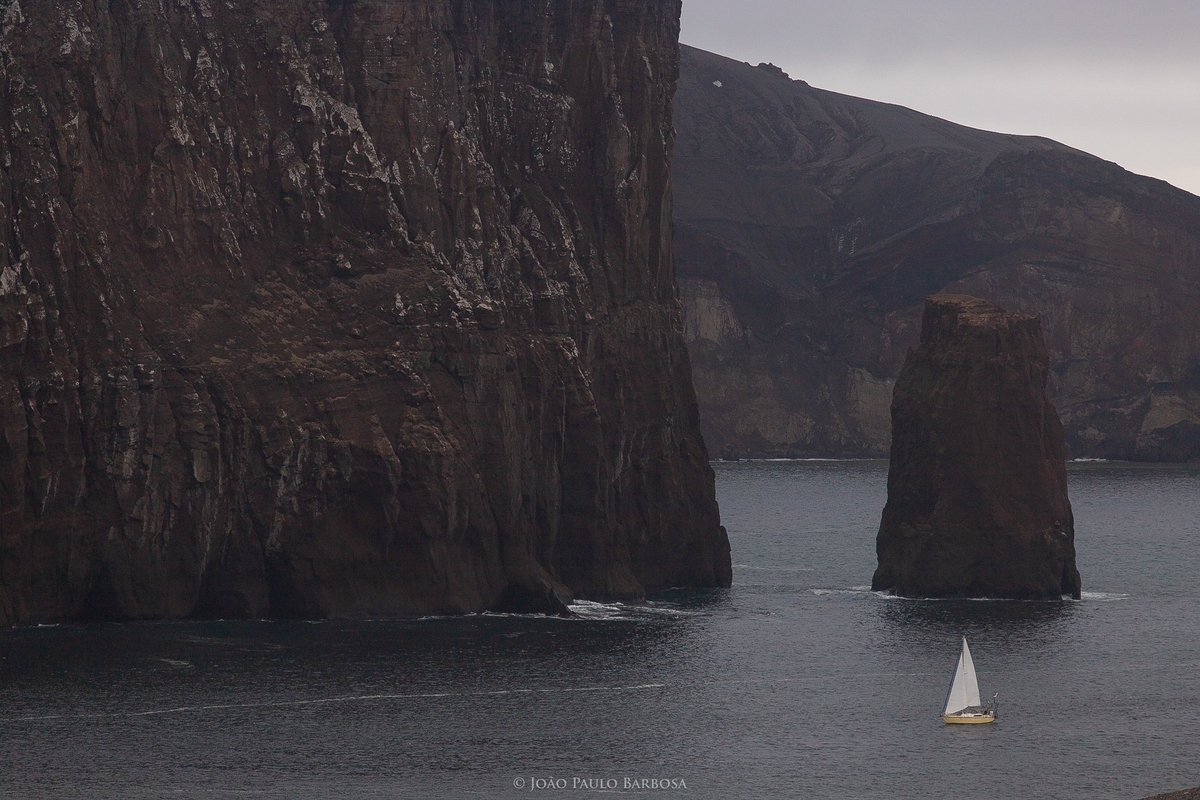 “I wanted to get to the most pristine place on the planet without polluting,” said Pardi.

“My goal was to go to Antarctica generating zero carbon emissions.”

In rebuilding Pequod, the trio removed the old diesel engine and replaced it with a Torqeedo Cruise 4.0 pod drive with a folding propeller, as well as a Torqeedo Power 48-5000 lithium-ion battery. They installed an array of solar panels, a 350W wind generator and a hydro generation system to create electric energy from water flowing beneath the boat.

Naval-Electric SAS of Buenos Aires were responsible for installing, integrating and commissioning the complete electric system, which includes a battery monitor, charger, inverter, DC/DC converter and solar charge controllers – all of which is managed by a mobile app.

Pardi and his two crewmen got underway on the first day of 2021 and arrived at Deception Island on the coast of the southern continent on 17 February, after a harrowing sail across Drake’s Passage with 10 to 15-foot swells.

“The strong northwestern winds and mountains of water around us all made Pequod look like an ice cube in a cocktail.”

Sadly, Forn had passed away in November at the age of 94, missing this launch. 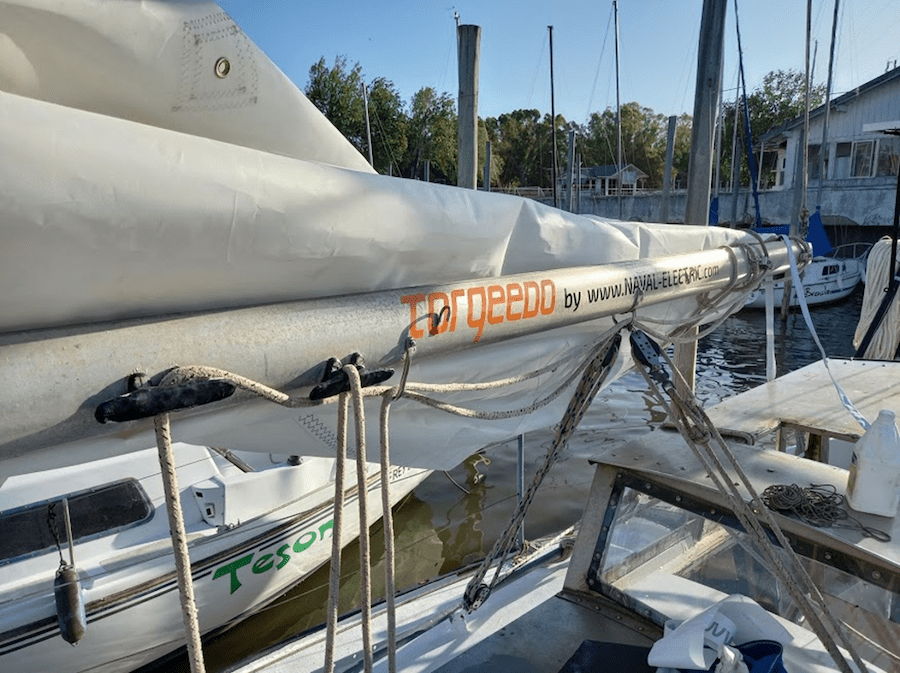 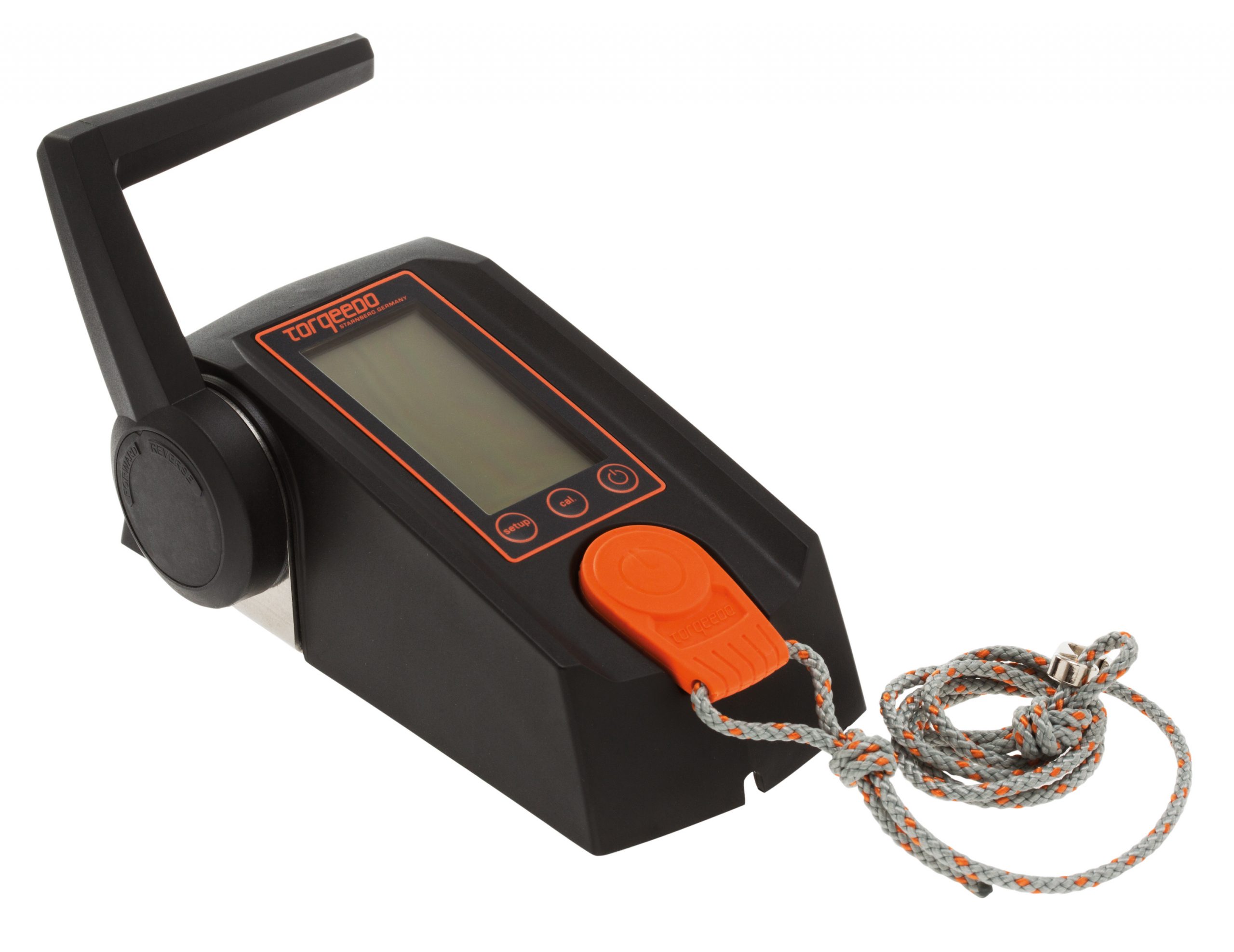 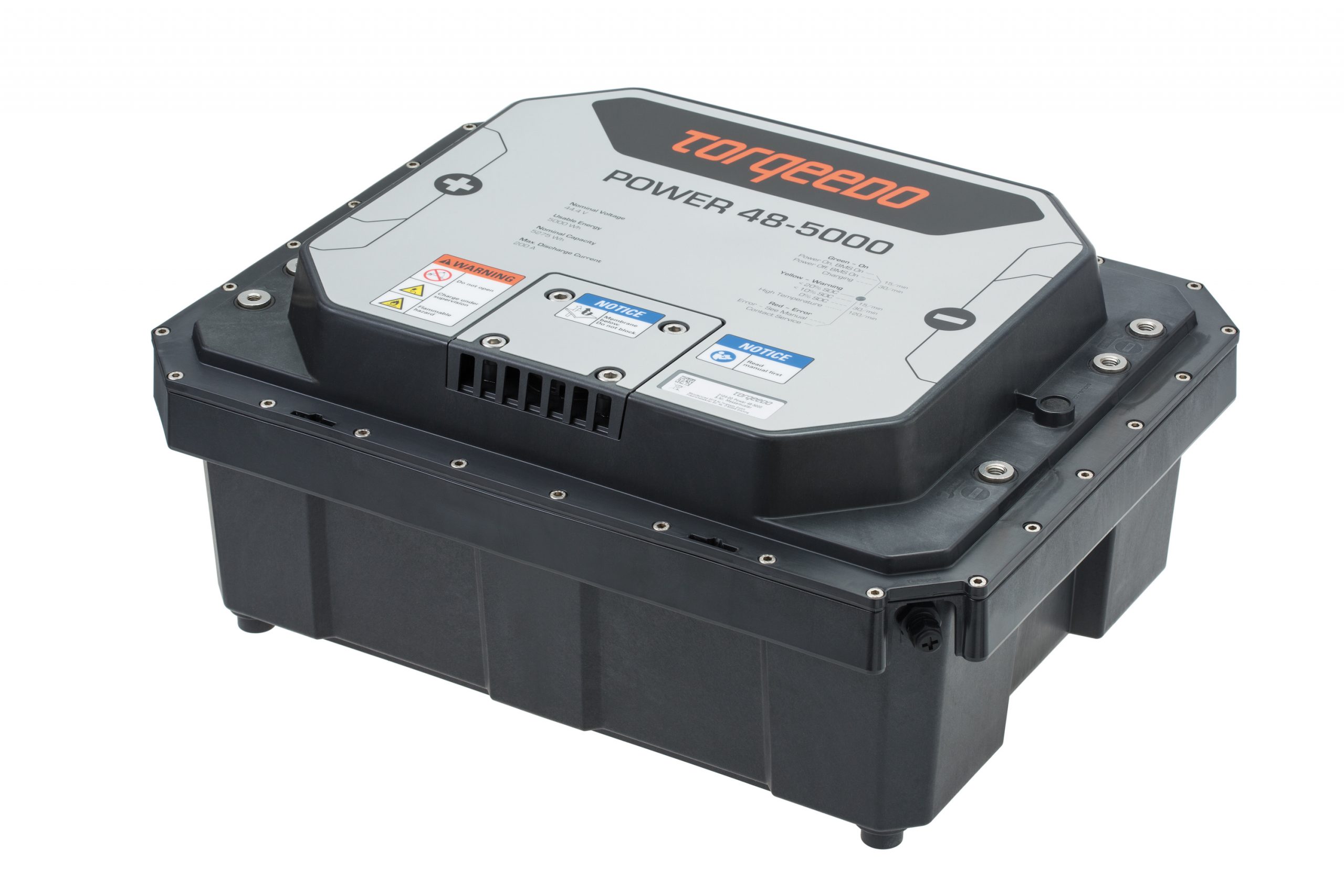 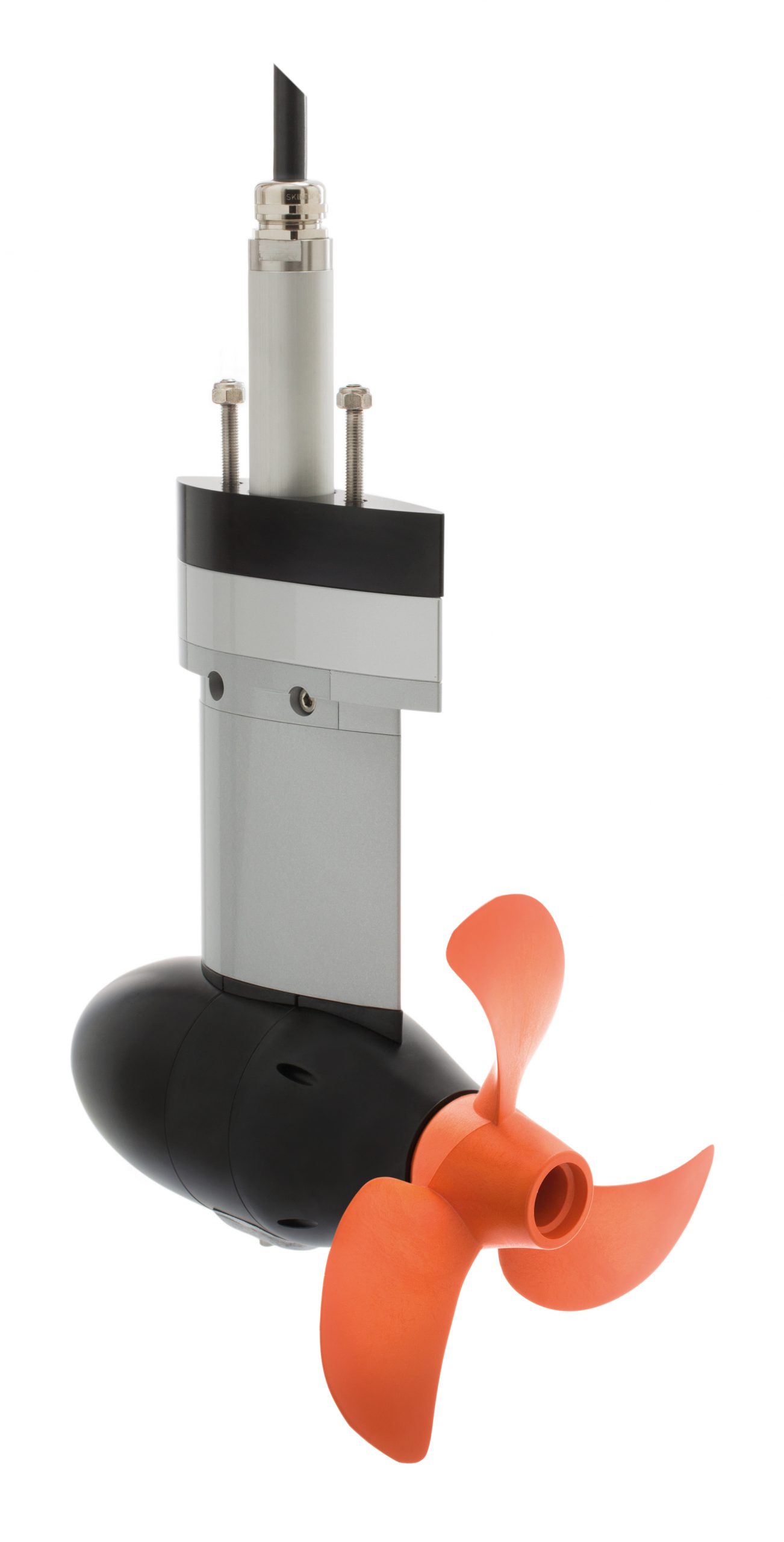 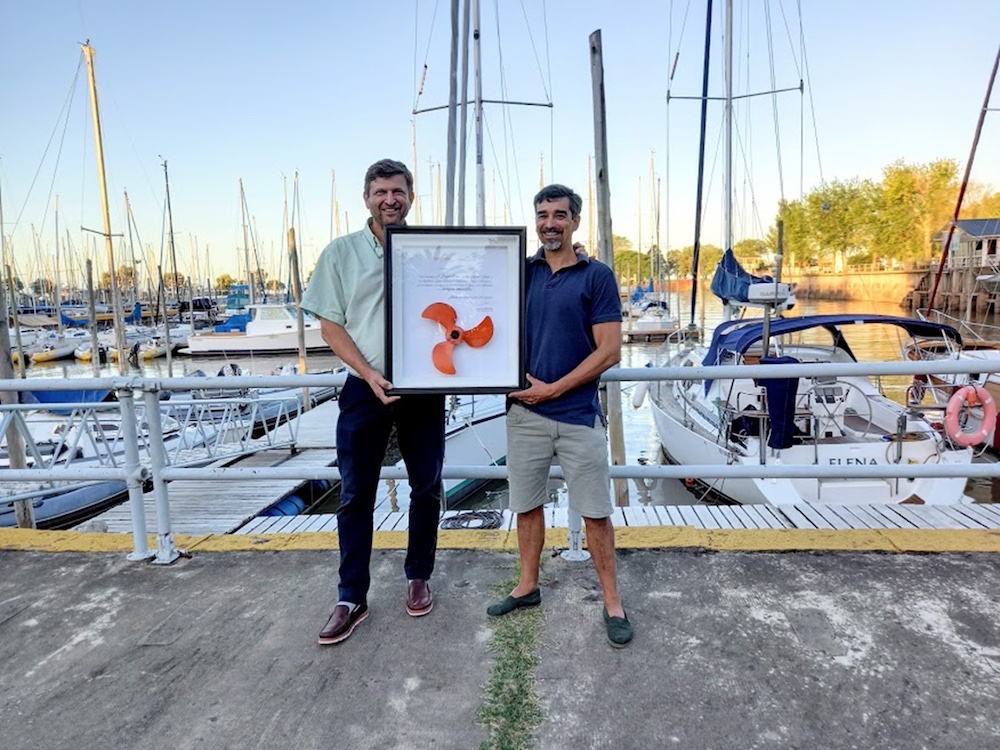 Before departing the island for the return voyage, they honoured the Forn family’s request, scattering the ashes of Pequod‘s builder along the coast.

But while the return of Pequod is a story of rebuilding the past, the success of the expedition equally reflects the future.

“The voyage provided convincing proof of the feasibility of an all-electric ocean-going sailboat with renewable recharging, Pequod did not even carry an auxiliary fuel generator” says CEO of Naval-Electric SAS, Nicolás Fóthy.

“That’s why this expedition is a milestone in sailing this latitude.”

“We mostly were under sail, but we ran the Torqeedo drive during periods of calm and for manoeuvring in and out of narrow channels. It was a fabulous feeling to be gliding smoothly through the pristine waters of Deception Island with no noise, no exhaust fumes and no fuel sheen on the surface.”