The sisterhood of Sabrettes are getting more women out on the water and participating in the Sabre class.

Although a one-design build, the Australian Sabre does not attract a ‘one design’ sailor with many women competing amongst its inclusive ranks, a group fondly identified as the ‘Sabrettes’.

The Australian Sabre class has a long-standing history on the Australian sailing landscape, which continues to be shaped by the wide range of sailors attracted to the friendly class.

The Sabrettes hold their own in both the competitive and social undertakings of this iconic class.

The breadth of skill amongst the female Sabre sailors is as wide and deep as the reasons for joining the class and is part of their attraction to the Sabre.

But a group of women interviewed about their love of Sabre sailing unanimously agree that the “post racing chatter in the change room, friendships, support, encouragement and empathy” paint the picture of a very strong drawcard for females to the class. 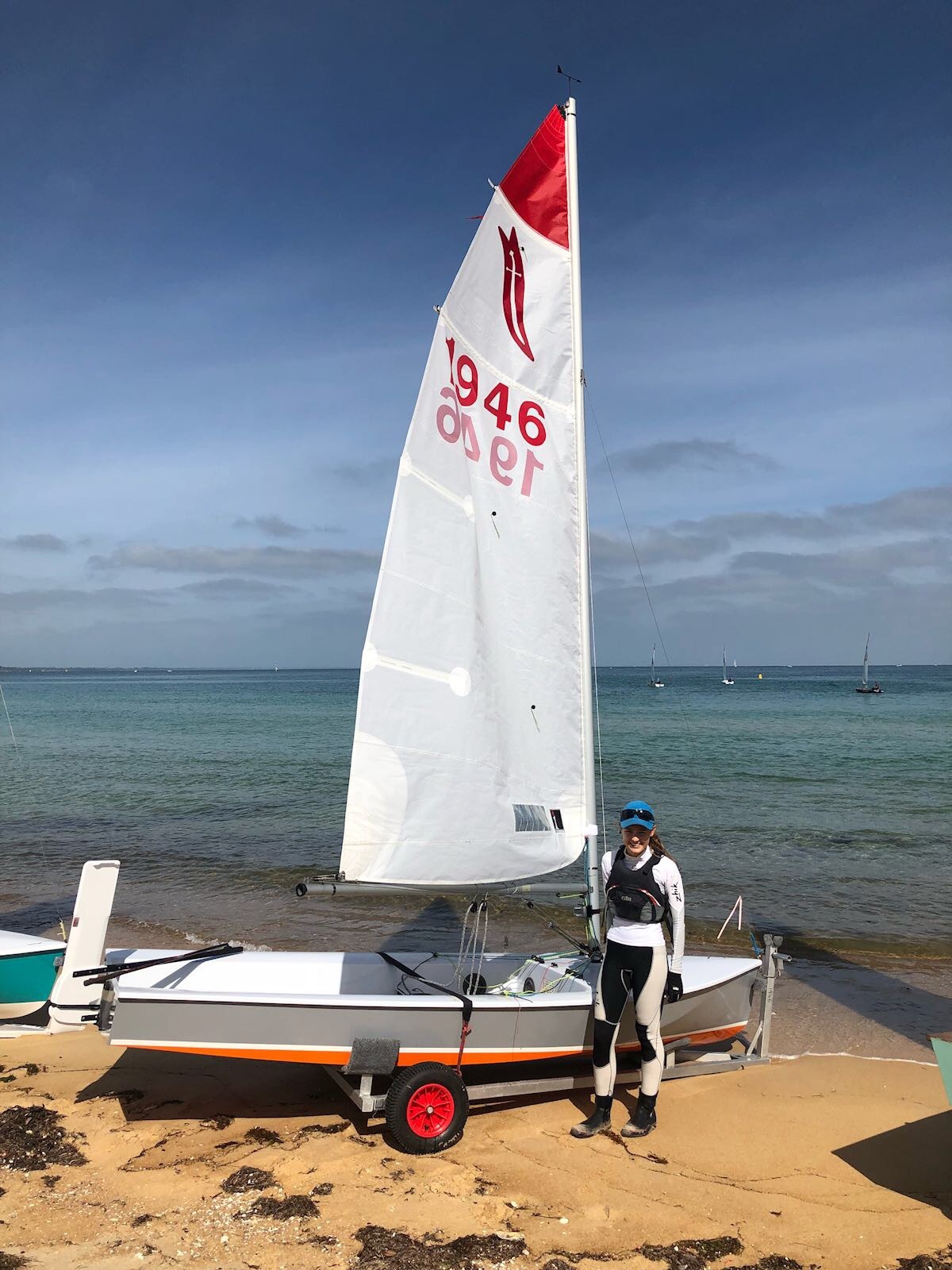 The Sabre class has consistently been a great boat to foster more female participation. 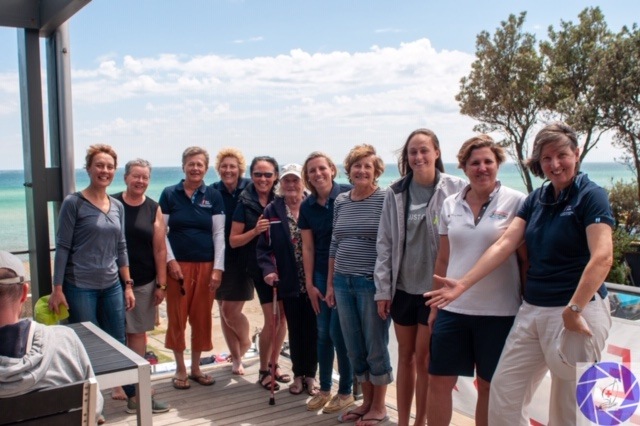 A group of Sabrettes at an event in Victoria. 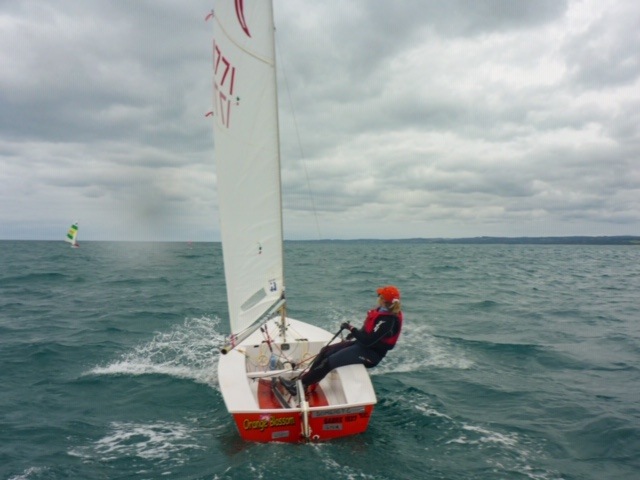 Offering a solid platform for a wide range of sailors, Susannah Gillam says “the Sabre suits women as it has a relatively small sail and is very forgiving”.

Lucy Townson, relatively new to the Sabre fleet with a background in keelboats, loves the Sabre’s ease of sailing and tough competition.

While Fiona McCulloch, long time veteran of the class, finds the Sabre’s cost effectiveness, reliability and the fact that it is easy to manage on her own, key considerations in her choice of dinghy.

In the context of single-handed sailing, it’s a testament to the flexibility of the class to see women of all ages, abilities, shapes and sizes, stepping into wetsuits, leaving their inhibitions, demands and cares back on the beach, as they head out onto the water to celebrate getting wet and pushing their limits.

There’s “a sense of wildness or freedom on the water with every sail different from the last”, as explained by Libby Moore from Somers Yacht Club, who started sailing at age 13.

With a strong internal push from the female participants around learning and improving, the Sabrettes can often be found at regattas, She Sails coaching events, along with a strong representation at Sabre training days eager to learn.

Camping at yacht clubs and bunking down together for regattas several times a year is part of the Sabrettes calendar, proving you are never too old for a sleep over, which serves to foster a unique spirit of camaraderie both on and off the water.

Lucy Townson was surprised when she joined the Sabre class and said she loved being a part of the Sabrettes.

“The Sabrettes are an added bonus I didn’t expect, I’m at a stage in my life where the kids are off to Uni and it’s lovely making new friends of my own,” she said.

“The Sabrettes and the rest of the class welcomed me from the get-go.”

The Sabrettes make up about 18 per cent of Victorian class membership and also appear strongly in other states, coming from far and wide to compete.

Some sailors have competed on the international stage, others have been on the sailing circuit since being introduced to it through family ties, while many have come from adult learn to sail programs at a local club.

Of all the rivers flowing into the class however, the Mississippi was not one of them. Nevertheless, Misha Myers has sailed into the class after growing up in inland Mississippi (USA) with a farming family and no notion of the sea.

Spending her adult life near the ocean she “longed to be on it in any way I could”.

When her daughter joined the Helford River Sailing Trust school sailing program in Cornwall UK, Misha jumped at the opportunity to volunteer.

A big jump that eventually landed her in Australia on board a trial Sabre and eventually her own boat at Black Rock Yacht Club in Melbourne, where to the delight of the other Sabre sailors, she has stayed.

“The women Sabre sailors I’ve met and sail with regularly inspire me and they have said things to me that give me courage to just keep going even when it gets quite scary out there,” Misha says.

“I’ve seen some heroic sailing in very rough conditions and received such insightful and empathetic coaching.”

We’d be forgiven for thinking that such lovely sentiments indicate competition is left on the beach as seasoned Sabrettes confirm that it’s just as important among the women as any domestic debrief that happens off the water.

The search for improvement, the challenge in difficulty and the desire to compete to their full potential sees healthy jostling on start lines, contributions to general recalls and a vibrant yelling of rights at mark roundings.

While fiercely competitive, the women remain acutely committed to supporting and helping each other.

“It’s the community that makes the class,” says Susannah Gillam.

“As a Sabrette, it seems there is always plenty of praise for the woman who wins the race, rights her boat, betters her last result or who is brave enough to battle a high breeze.

“The notion of ‘a rising tide lifts all boats’, flows strongly amongst this group and is a healthy representation of sisterhood in sailing.”