Heading south-west, leaders in the Vendée Globe have opted for a frontal impact, hoping to benefit from favourable conditions downwind.

Skippers in the Vendée Globe heading south-west are encountering building winds, and are preparing their foiling IMOCAs for an overnight pounding, set to last five or six hours, when they punch through an active weather front bringing 40-knot gusts and big seas.

The reward for looking after their boats and themselves as best they can will be some faster – albeit bumpy – miles in a more direct, southerly direction.

Maxime Sorel on V and B – Mayenne along with Dutreux on OMIA-Water Family, Nico Troussel, and Jean Le Cam have led a southerly pack inside the Cape Finisterre TSS (Traffic Separation Scheme) no-go area.

Troussel’s option may be related to taking a more conservative, safe option – sailing more miles but with the benefit of less severe winds –to safeguard his boat which is in its first race. 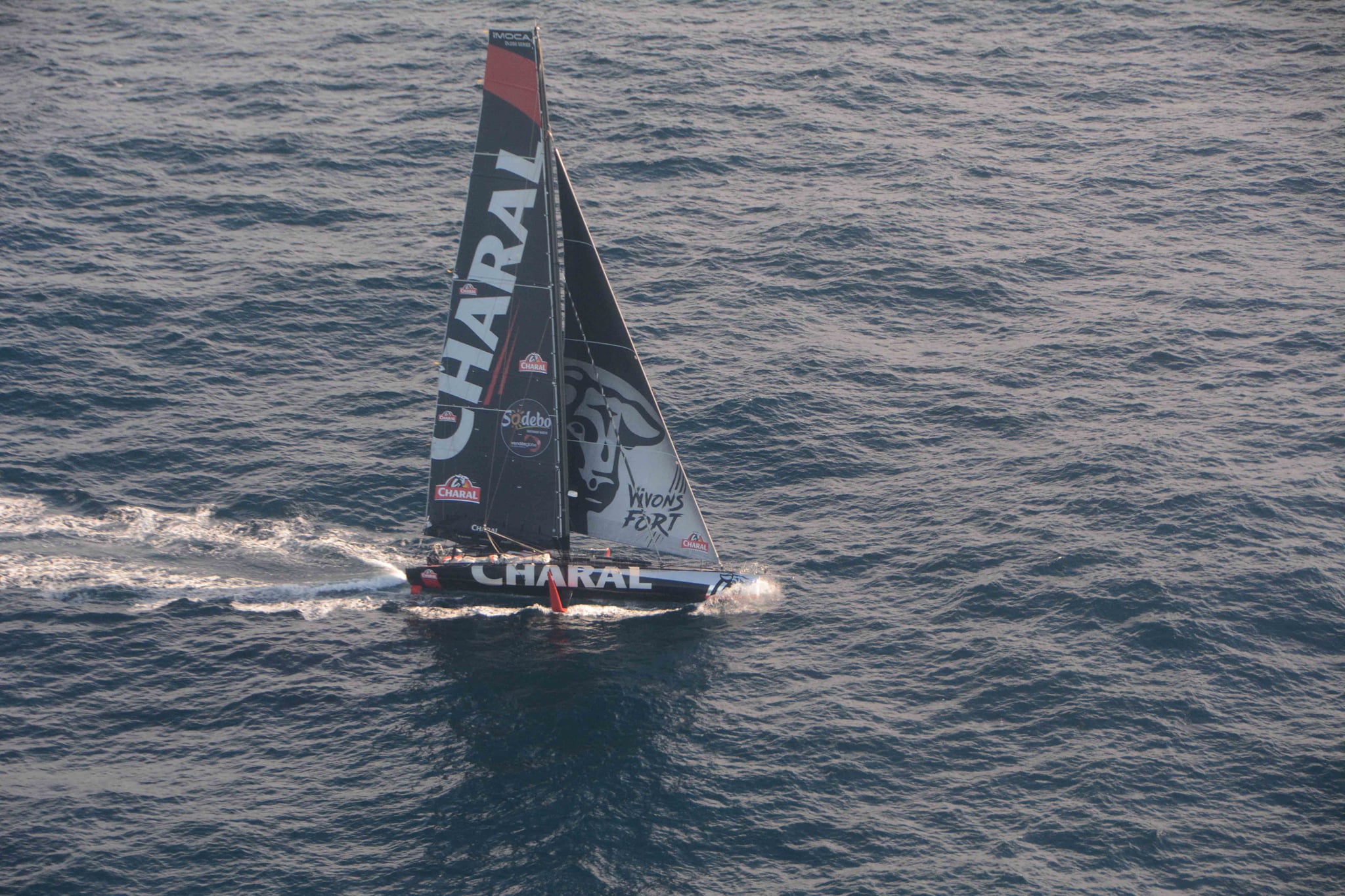 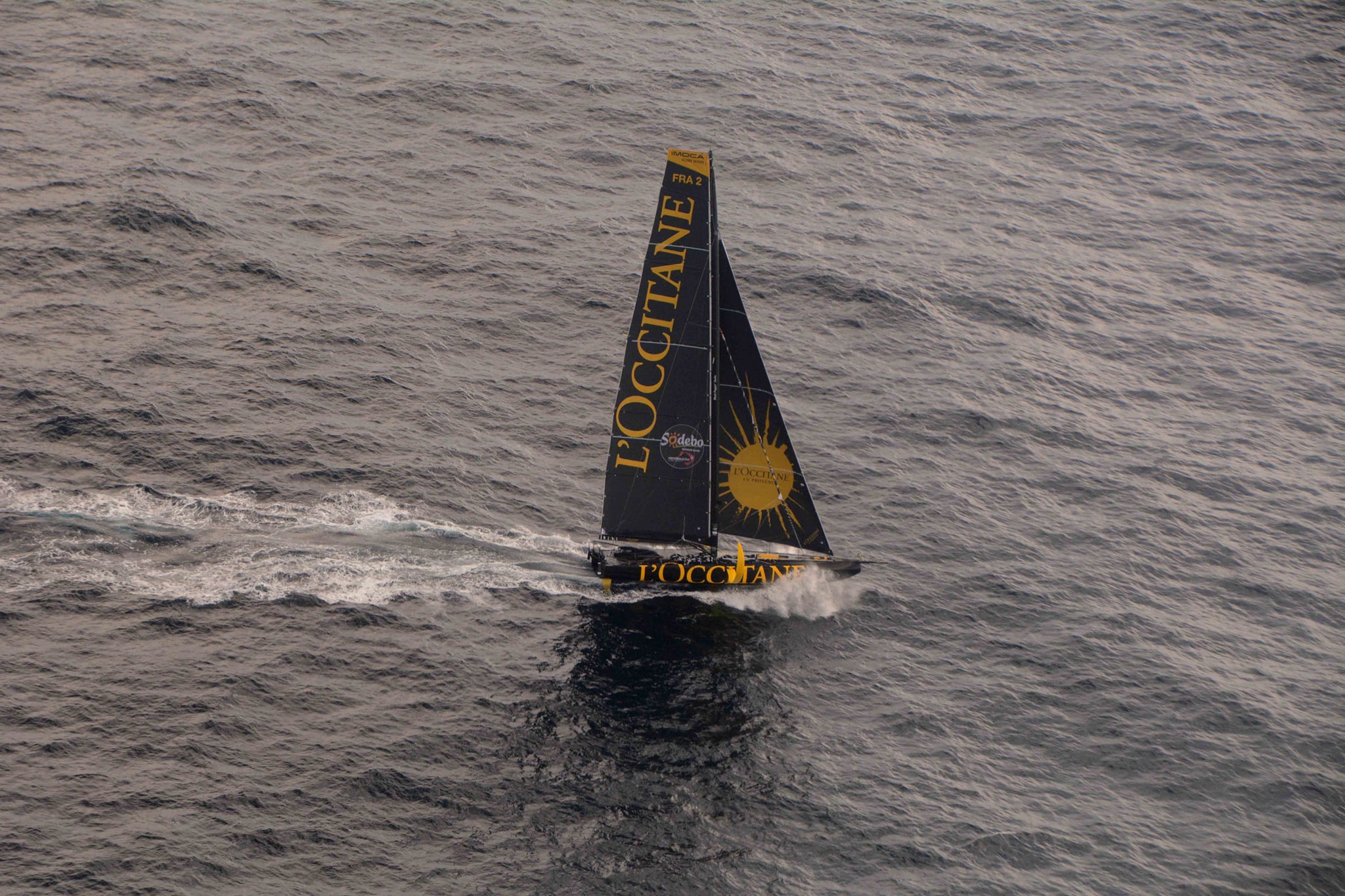 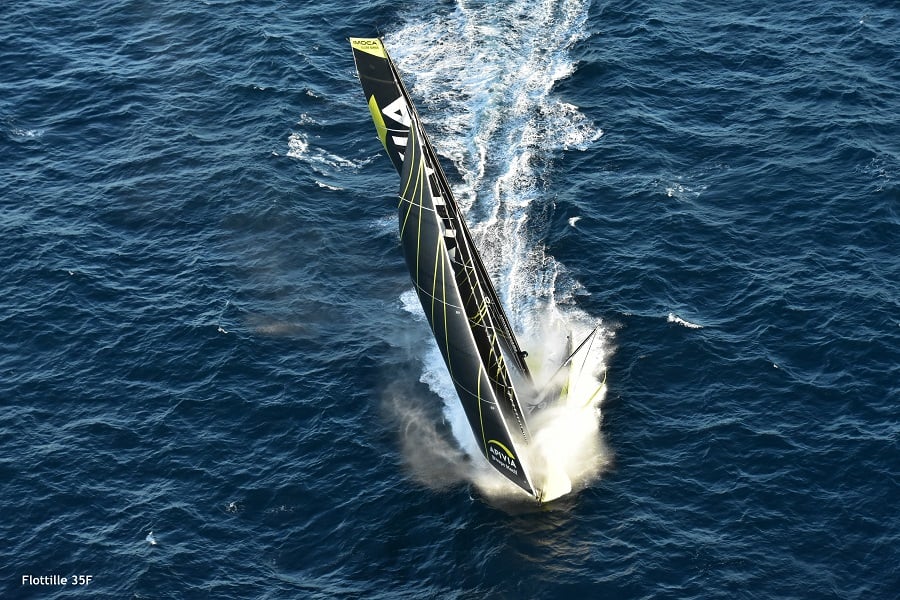 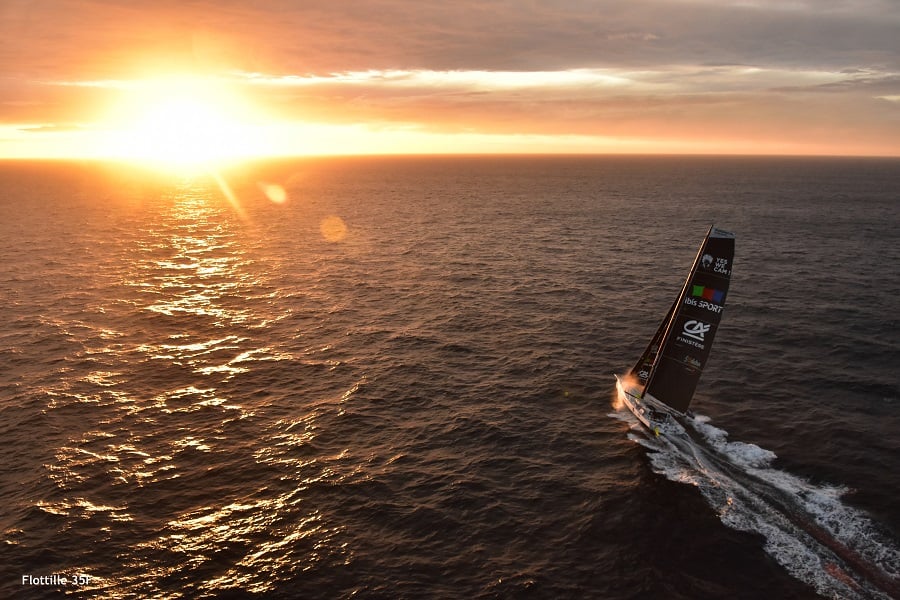 Troussel is placed fourth in the standings, almost 100 miles south-east of rivals Jérémie Beyou (Charal), Charlie Dalin (Apivia) and the hard-driving Kevin Escoffier on the older PRB, who is just seven and a half miles off Beyou’s leeward quarter.

Nothing comes easily on the Vendée Globe, and after breaking across a ridge of high pressure, the next big question for this group especially will be dealing with Theta, a tropical storm that crosses their path between Thursday and Friday.

Routings today show a possible timing that would allow these quickest boats to pass the west side of it in the north-westerly wind, but this system is evolving rapidly and it’s worth avoiding being caught in its path.

After that, the tradewinds are still not established and current timings to the equator are some three days behind the record of 9 days 7 hours set by Alex Thomson, who led the 2016 race across into the South Atlantic.

Damien Seguin said on the Vendée Live program: “You have to be wise. This is not where the Vendée Globe is won, but this is where it can get lost.”

The Paralympic champion was speaking after diving to free a fishing net that was caught on the keel of his boat. Meantime, Arnaud Boissières successfully scaled the mast of his La Mie Câline to free his halyard hook and release his trapped gennaker, a welcome relief for the Les Sables d’Olonne skipper on his fourth successive Vendée Globe.

Having had a composite expert add an additional pad and repair the hairline crack at the top of his mast, Fabrice Amedeo is expected to head back out to restart at the Nouch buoy this evening.

“The plan is to leave this evening around 22:15 to rejoin the race. Well, to start, really, as we never really got going before,” said Amedeo.