Louis Burton and Charlie Dalin battle for the lead in the Vendée Globe as they cross back into the northern hemisphere.

The Doldrums did not give up the Vendée Globe leaders as easily as was initially predicted, but first-placed Charlie Dalin (Apivia) appears to have skirted around the worst of a dynamic cloud system and emerged this afternoon with his margin intact.

Dalin’s more easterly position and his timing seems to have kept him away from a nasty zone of cloud and light winds that slowed Germany’s Boris Herrmann for a period today, conceding third place on the leaderboard to Thomas Ruyant (LinkedOut).

The top five boats are emerging from what seems a relatively painless passage across The Doldrums and the two yellow-hulled IMOCAs Bureau Vallée 2 and Apivia remain head-to-head in a speed match as they start the five-day climb up the northeasterly trade winds.

Herrmann seems to have lost 40 miles or so in the cloudy mess but his demeanour remains totally even, confirming today that he feels no additional stress from his position in the vanguard of this Vendée Globe, challenging well to finish on the podium. 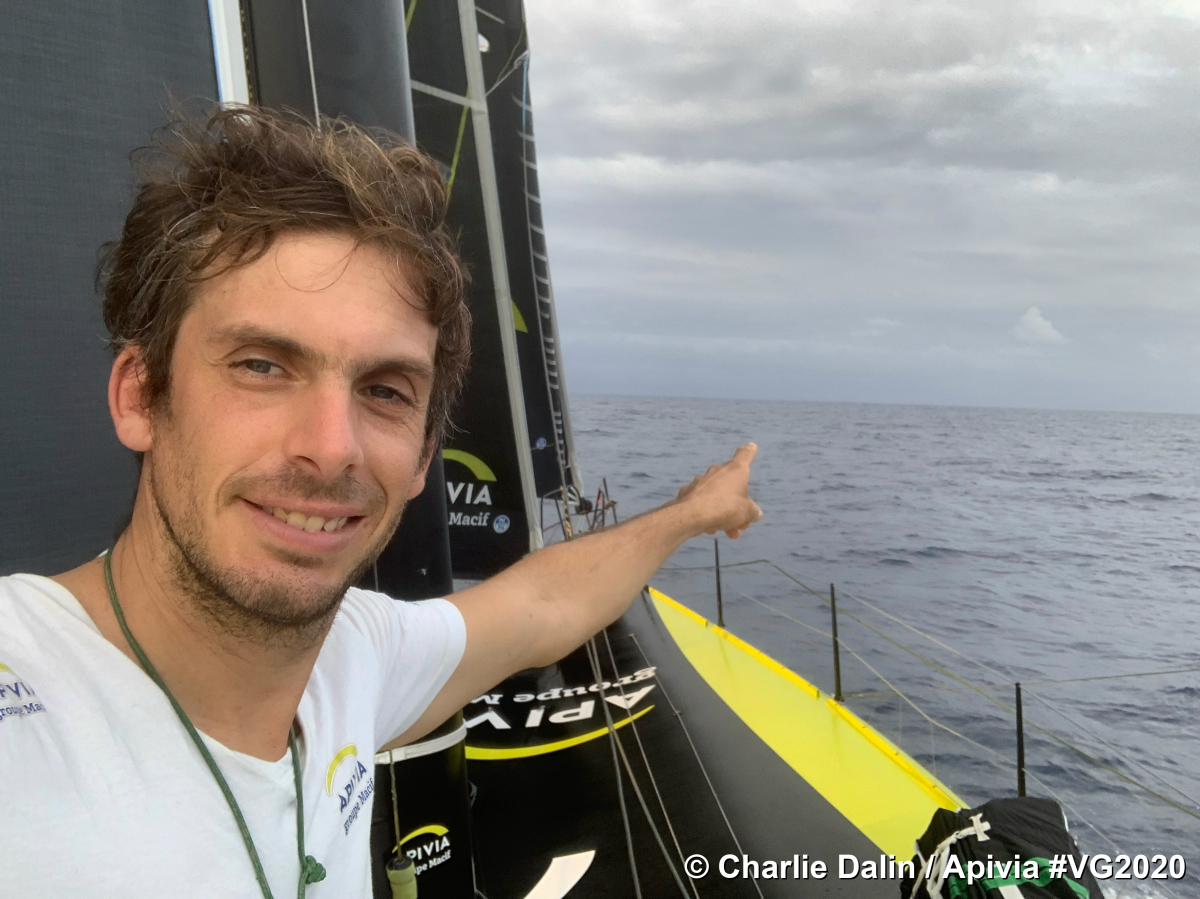 Charlie Dalin on board Apivia.

“To be honest, I feel good. I try each day, on this Vendée Globe, I take one day at a time.

I try not to think about the past or the future too much. I am sticking to that same pattern, I don’t even realise that we are racing for the Vendée Globe here. For me, it is a race to the next sked, almost. That keeps my heart a bit lighter, it is more playful. I am not feeling any stress, any pressure. I hope that is not a bad thing,” Herrmann smiled today on the link with the Vendée Live show.

Guest today was Pete Goss, the British skipper and adventurer who raced on the 1996 race and was awarded the MBE and French Legion d’Honneur for his rescue of fellow competitor Raphael Dinelli – after turning his boat and sailing two days back upwind in stormy winds and seas. He observed: “Boris’ view is a very positive way to go about things generally.

There is no point in pondering over the past or worrying about what might happen in the future. Being able to be positive 24 hours a day, seven days a week is a very strong thing in this race. I think Boris has it just right,” Goss said.

Herrmann explained to the French audience: “I didn’t sleep much last night, with squalls in the doldrums. The sea and the sky are a mess, you can feel that we are entering the North Atlantic. There’s a huge swell and a chop in all directions, it slows the boat down a lot.

Tonight, I should be in a stable trade wind. We’re going through the stages one after the other, quite quickly, which is good. At the latitude of Recife, I’ve started to go west, to foil. For a while I lost quite a few miles because I was a bit low, a bit slow. I had been looking at the satellite imagery of the doldrums that it went better in the west. Today, this is not really the case any more … We’ll see tonight.”