It may not be the return home they expected, but Emirates Team New Zealand's AC75 is safely back in Auckland and ready to hit the water.

It is not so much a triumphant homecoming from Europe for the Emirates Team New Zealand AC75 Te Aihe – rather a low key but very welcome return in the dark hours of Tuesday morning having been in a state of transit since leaving the teams viaduct base on Sunday 2 February.

Its last sailing day on the Auckland harbour was 15 January. How the world has changed since that day due to COVID19.

Since then Te Aihe and 16 containers storing workshops, chase boats and everything an America’s Cup team would need to work remotely in Cagliari and Portsmouth has been packed and shipped to Italy and back without so much as the seals being broken.

They have traveled on 4 ships, visited 15 ports including loading on and off in Tauranga, transhipped in Singapore each way and been loaded off and on in Gioia Tauro Italy. 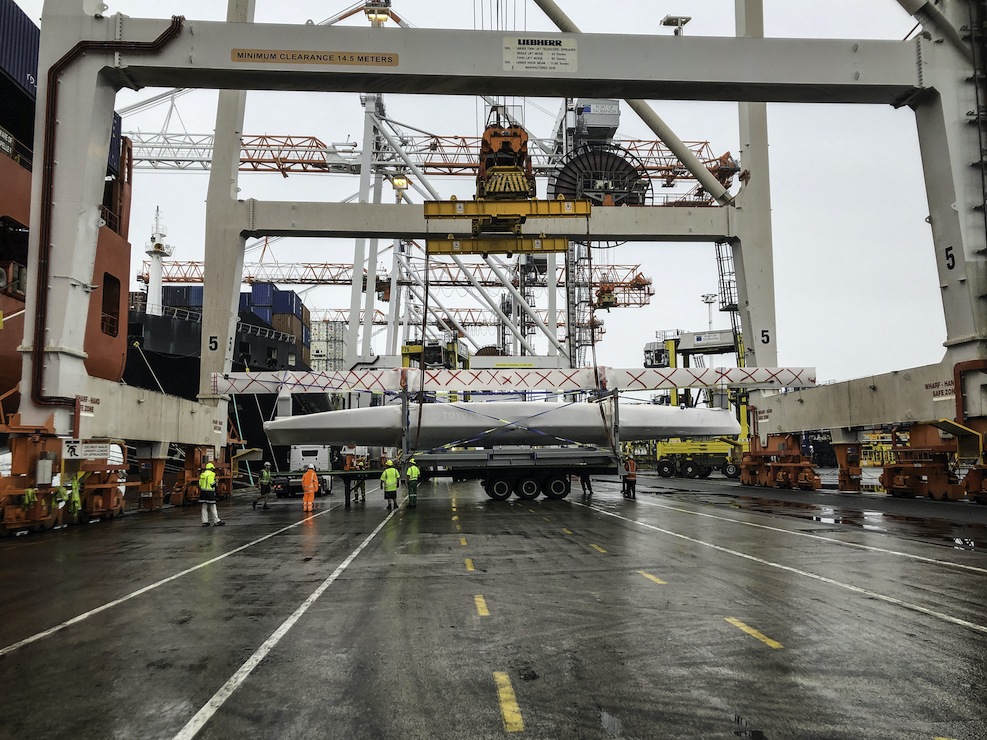 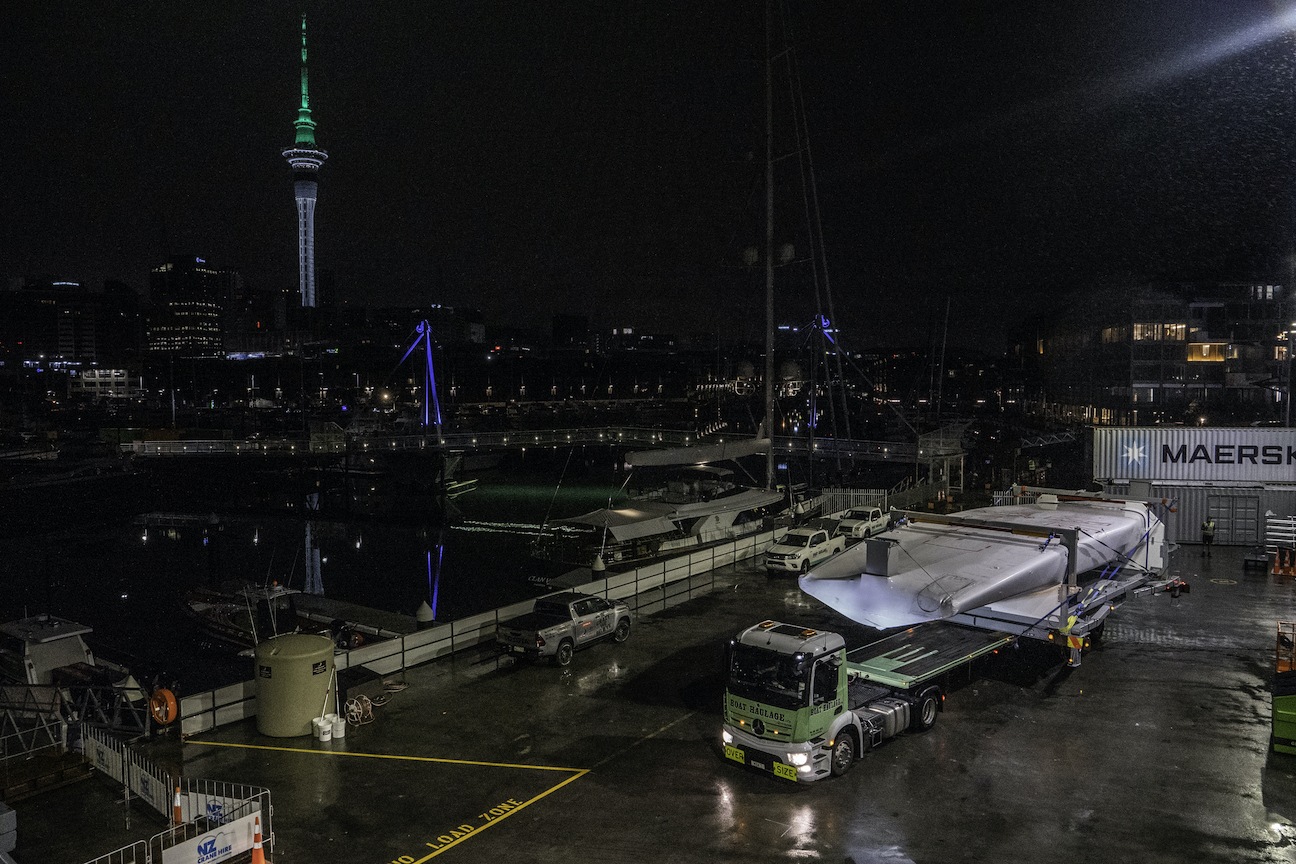 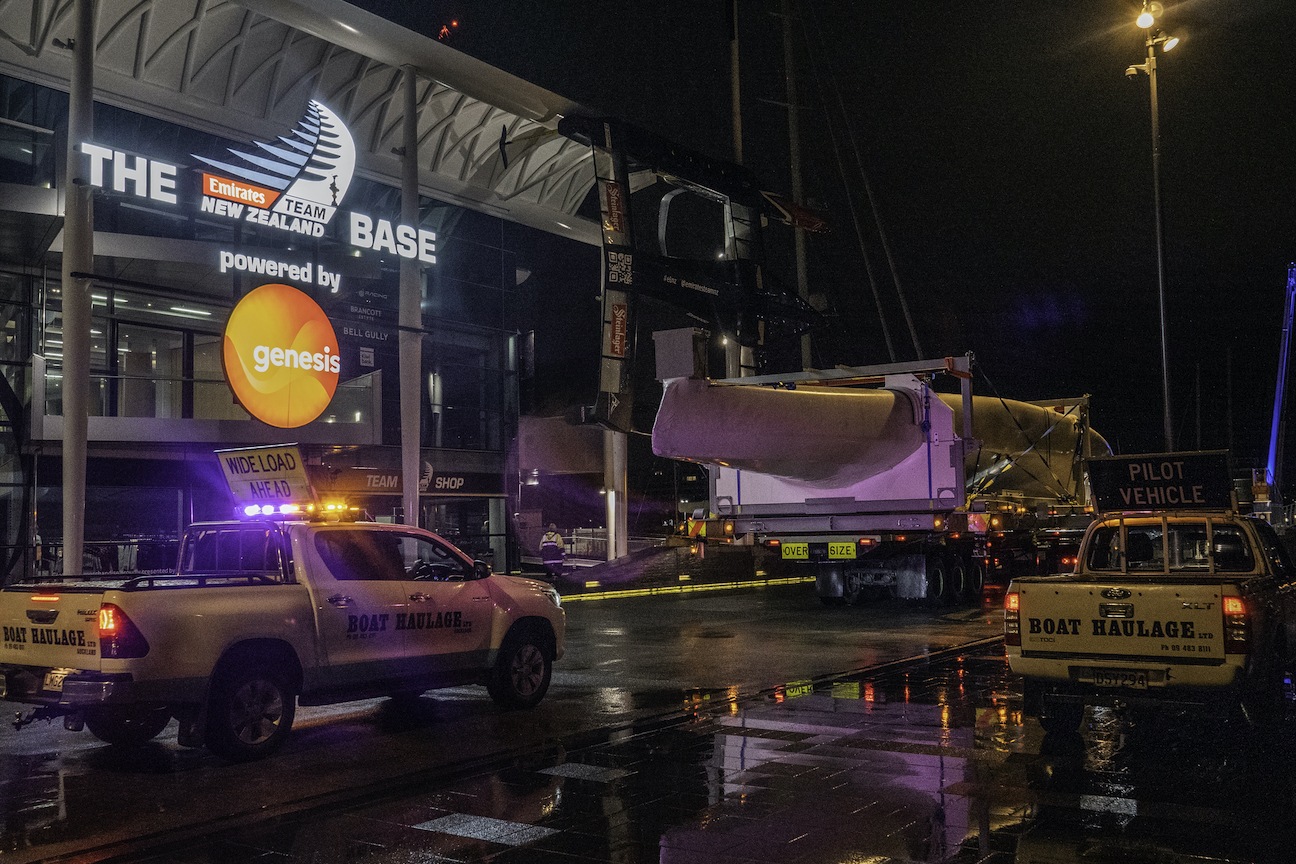 Te Aihe was transported by road from Tauranga back to the Emirates Team New Zealand base arriving to a small welcome party – Andy Nottage, Jack Taylor and James Graham, to offload the truck ready to return to its shed and be prepared for sailing in the weeks ahead.

“It is good to see her back sooner than expected,” said Emirates Team New Zealand logistics manager Andy Nottage, who has successfully managed to juggle the fluid timeframes and shipping schedules to keep track and control of the precious shipment.

“She has been on quite the adventure, but it is good to have her home in one piece thanks largely to the ongoing support of Maersk.

A positive is that everything was sent away in a relative state of readiness to get set up and ready to go sailing relatively quickly in Cagliari, so that should mean it is not too long to get her back out sailing on the Hauraki Gulf again.”

“We have had some new components and systems that were ready for the ACWS racing so the guys are chomping at the bit to getting back out testing the new set ups and continuing our developments and obviously making up for lost time.”