With the Rolex Fastnet Race around the corner, this year's IRC Zero end of the keelboat fleet is maintaining the division's highly competitive reputation.

The IRC Zero is known by many to be the glamorous end of the keelboat fleet for the Rolex Fastnet Race but traditionally, the IRC Zero is also known for producing the most overall winners. Over the last 10 editions, half have been won by IRC Zero competitors, including Niklas Zennstrom’s two-time winner Ran 2, while David and Peter Askew’s VO70 Wizard won overall IRC honours and the Fastnet Challenge Cup in 2019.

But besides the professional teams competing aboard the ‘no excuse to lose’ maxis, there’s a growing charter market in the Volvo Ocean 65 and Volvo Open 70 boats. These canting-keeled flying machines which were once thought to be powerful and not sufficiently reliable for an amateur less than a decade ago, several pay-to-play crews have begun lining up.

While kudos are due for those who come across the finish line first, every racing sailor knows that the real battle under IRC is on corrected time. 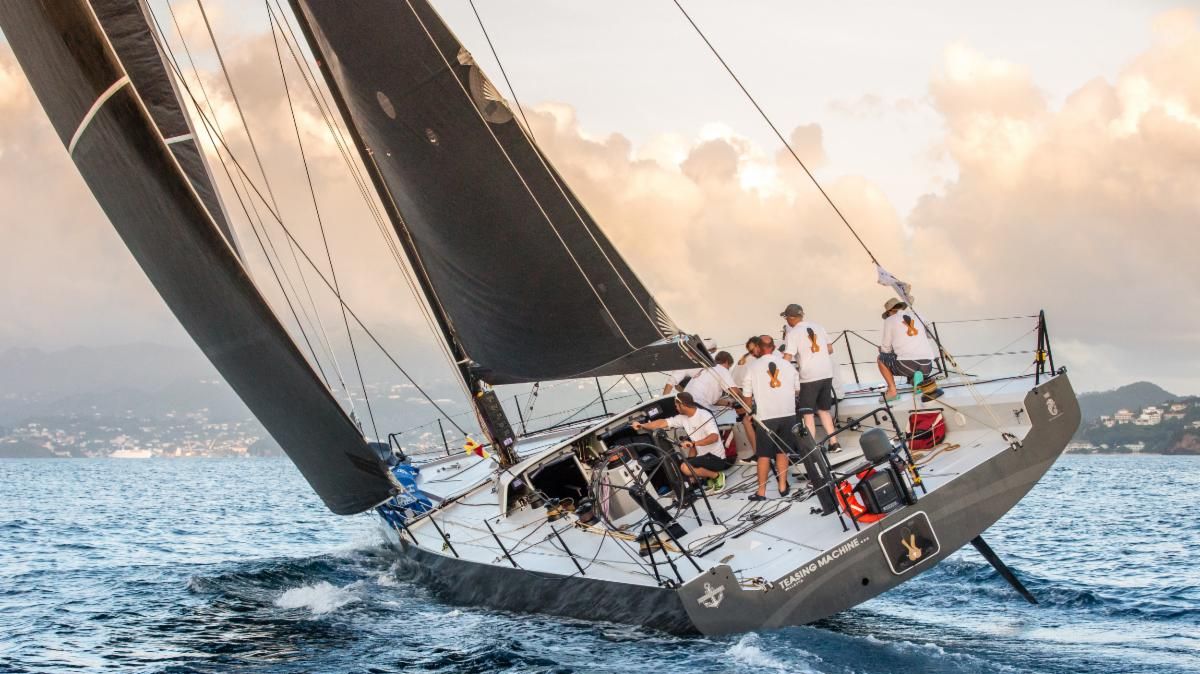 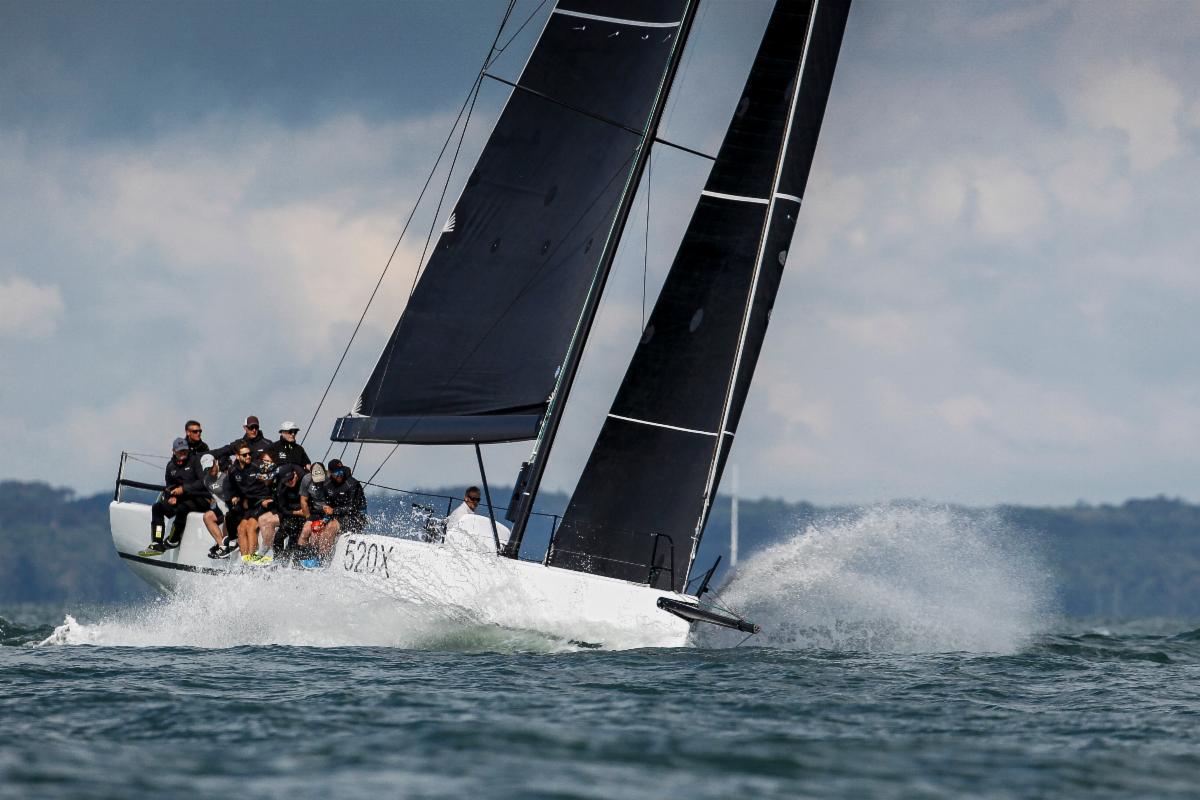 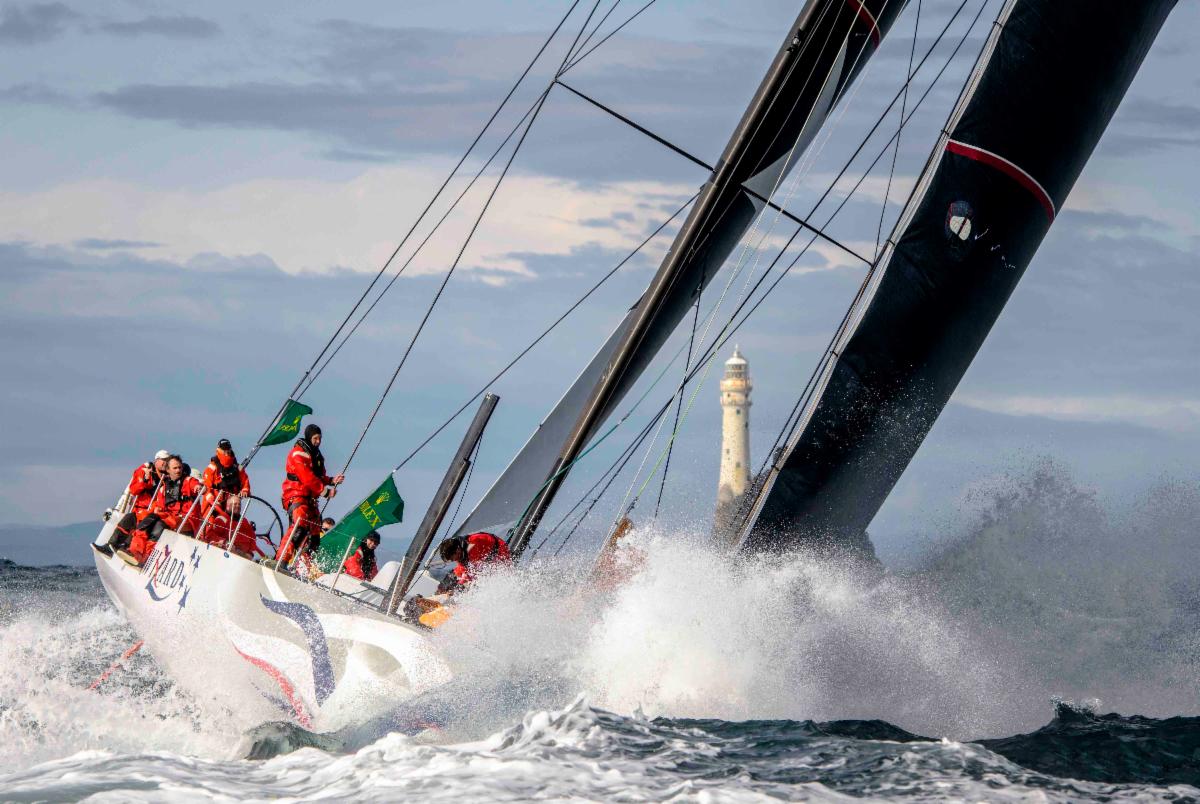 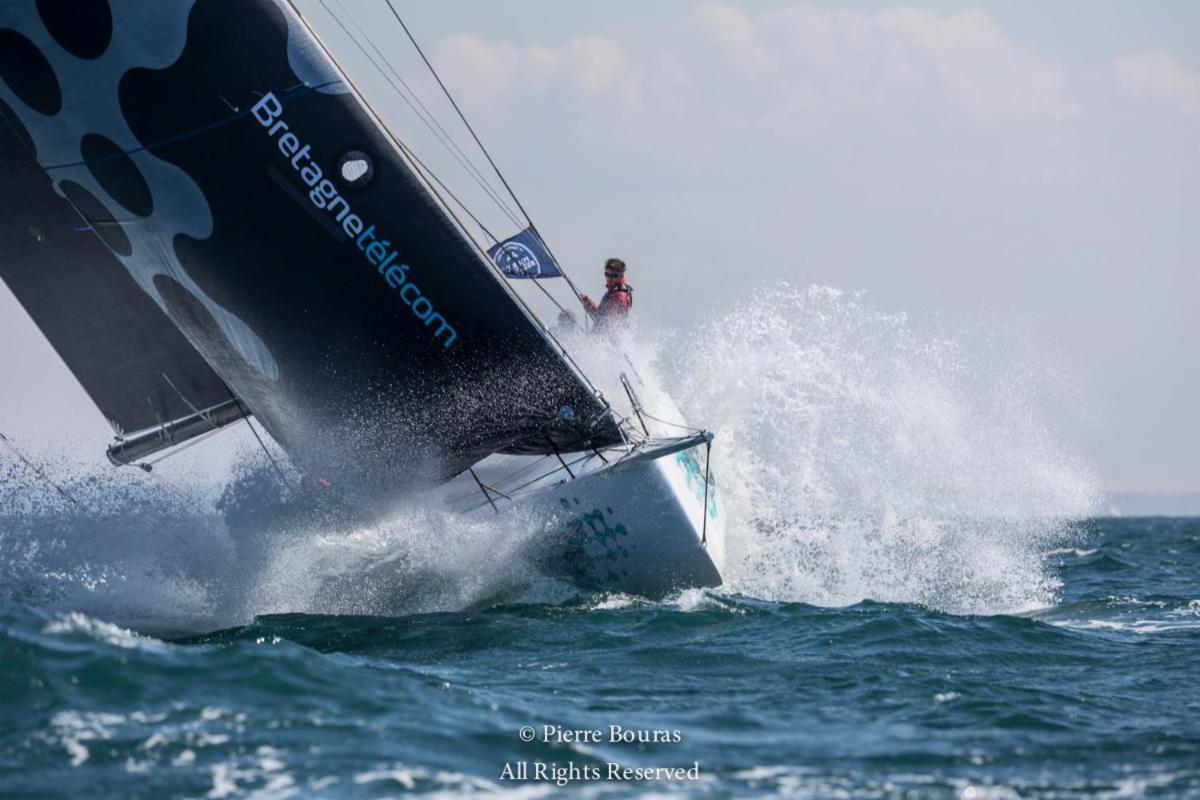 As winner of another RORC offshore race, the Myth of Malham, which covers the first part of the course to the Eddystone Light, everything appeared to be in Tala’s (GBR) favour, although owner David Collins says that on that occasion his Botin-designed 52-footer enjoyed a large dose of good fortune.

“We sailed well, but making the last tide gate in a dying breeze is what gave us the result in the Myth of Malham. It is certainly no indicator for the Rolex Fastnet Race. Our aim for the race is, as ever, to sail error-free and keep the boat moving fast.”

Part of the key to Tala’s success is its consistency of personnel. “It’s a fairly settled crew now,” says Collins, whose navigator is the experienced Campbell Field. “Three will be Volvo Ocean Race veterans. We have a couple of strong trimmers and some talented amateurs,” he adds.

Other boats to watch in this size bracket include the ever-competitive Teasing Machine (FRA). Designed by Bernard Nivelt and Alexis Muratet, and built by King Marine in Spain, Eric de Turckheim’s powerful 54-footer is one fully optimised for crewed offshore competition.

At the core of Teasing Machine‘s campaign is project manager Laurent Pages, a Volvo Ocean Race winner in 2011/12. Above the water, the 54-footer bear strong similarities with a VO70 or VO65, evident in the similar deck layout and twin companionways with the pit in between. But the model has been designed to compete under IRC, seen in its heavy fin keel and many concessions to comfort onboard, including hot water, oven and two fridges.

From the battle-proven to the barely-touched-the-water example of Sir Richard Matthews’ new Oystercatcher XXXV (GBR), a Carkeek-designed custom 52-footer. While this might be the boat’s first foray into the Rolex Fastnet Race, for Sir Matthews, it’s his 24th assault on the Rock, “For us, it’s the pinnacle of our racing and at 72 years old, it is a challenge and an experience to enjoy during the race and afterwards.”

Second overall on IRC in 2019, boat builder and owner of the canting-keel Mach 45, Nicolas Groleau has campaigned Bretagne Telecom (FRA) in the past six editions of the race, taking the podium on all but one. 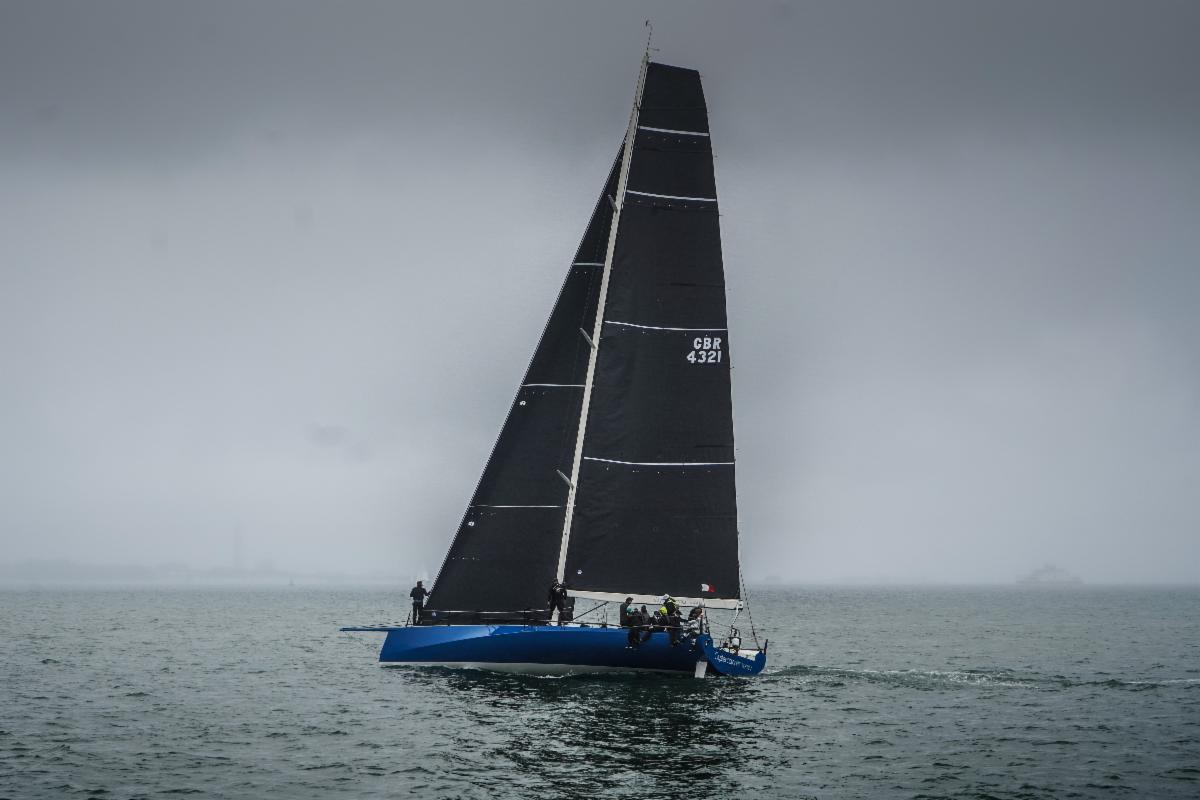 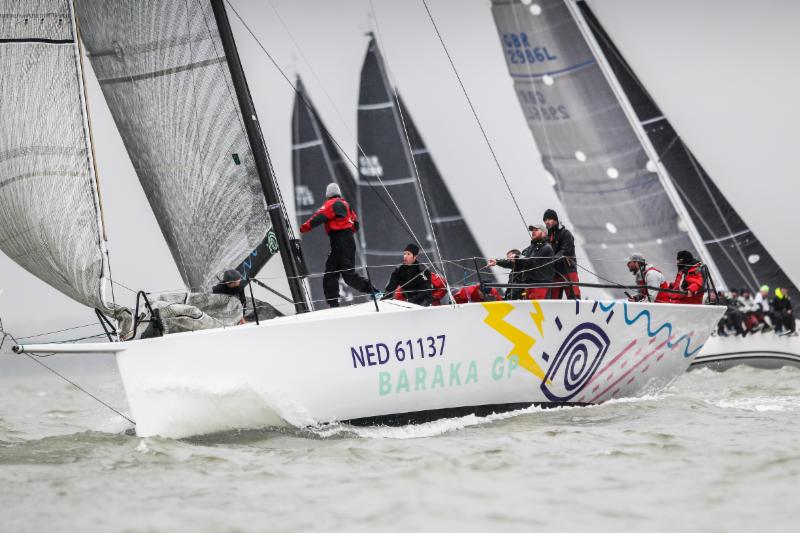 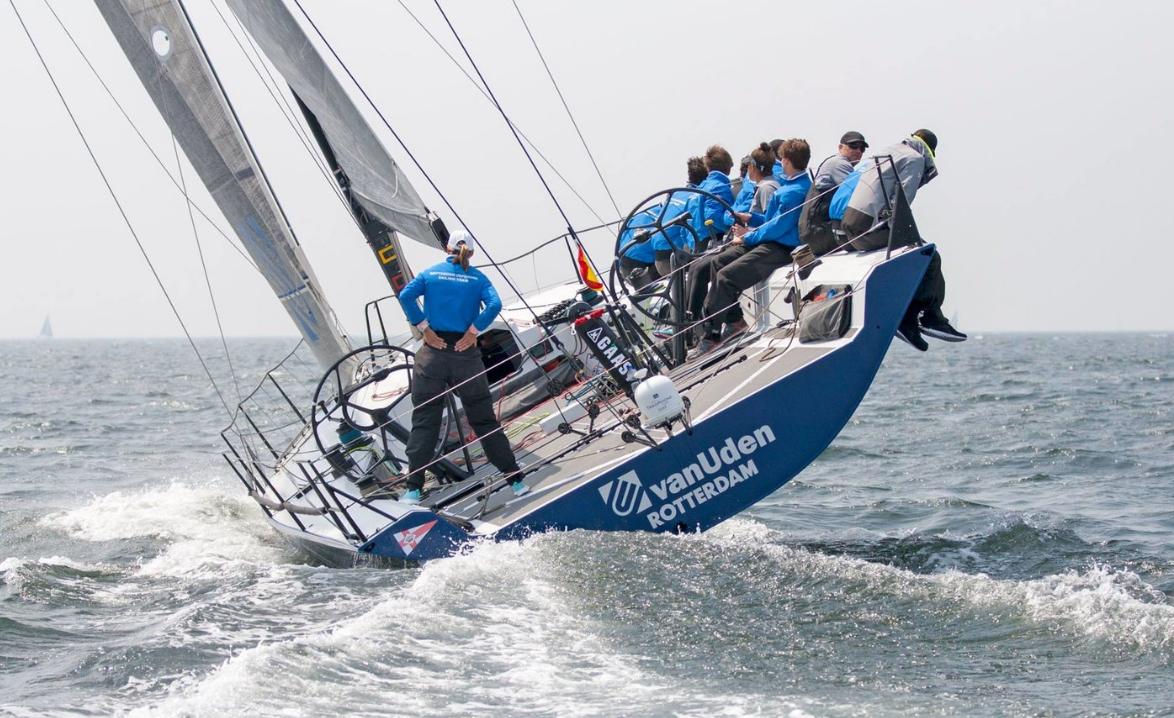 “Our team, the Youth Rotterdam Offshore Sailing Team, has been training every week and done a fair bit of overnight offshore training but like my kids in the [Optimist World Championships], we are getting a little tired of training and we want to race,” said Poortman.

“We’ve been preparing for the Rolex Fastnet Race for two years and if the weather is right for us, we will go for the win.”

The De Graaf family are one of the most faithful Rolex Fastnet Race teams and return this year in their Ker 43, Baraka GP (NED). Olivier De Graaf comments:

“Since the start of Baraka Sailing Team 17 years ago, I have sailed with my father and with my two brothers as well as with friends we know from the world of sailing. This will be our sixth Fastnet together as a team and our second time with this boat.

“Finishing in Cherbourg is adding a new complexity to the course, which will make the final run into the finish even more important, especially after three days of racing already.”

The 2021 Rolex Fastnet Race will commence next month on 8 August. You can find out more here.